Last night I made these crispy potato waffles. The potato has to be the most versatile of all vegetables. I love coming up with new ways to make potatoes. These savory potato waffles are similar to potato pancakes, but in waffle form. The potato waffle has one advantage, it reheats exceptionally well and therefore can be made in advance. I put them in the oven at 275 degrees to keep warm. I’ve also been known to make grilled cheese sandwiches in a waffle iron!

Liberally salt potatoes and lay them out on a stack of paper towels to drain. Stack a few paper towels on top, press down and let sit for a few minutes.

While potatoes drain, whisk together the onion, egg, sour cream, and pepper in a large bowl. Add drained potatoes to bowl and fold until combined.

Brush hot waffle maker with melted butter. Evenly spread potato mixture around the waffle maker. Close and cook for 12 minutes or until potatoes are crispy and brown. 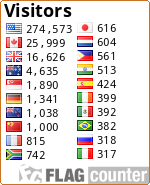